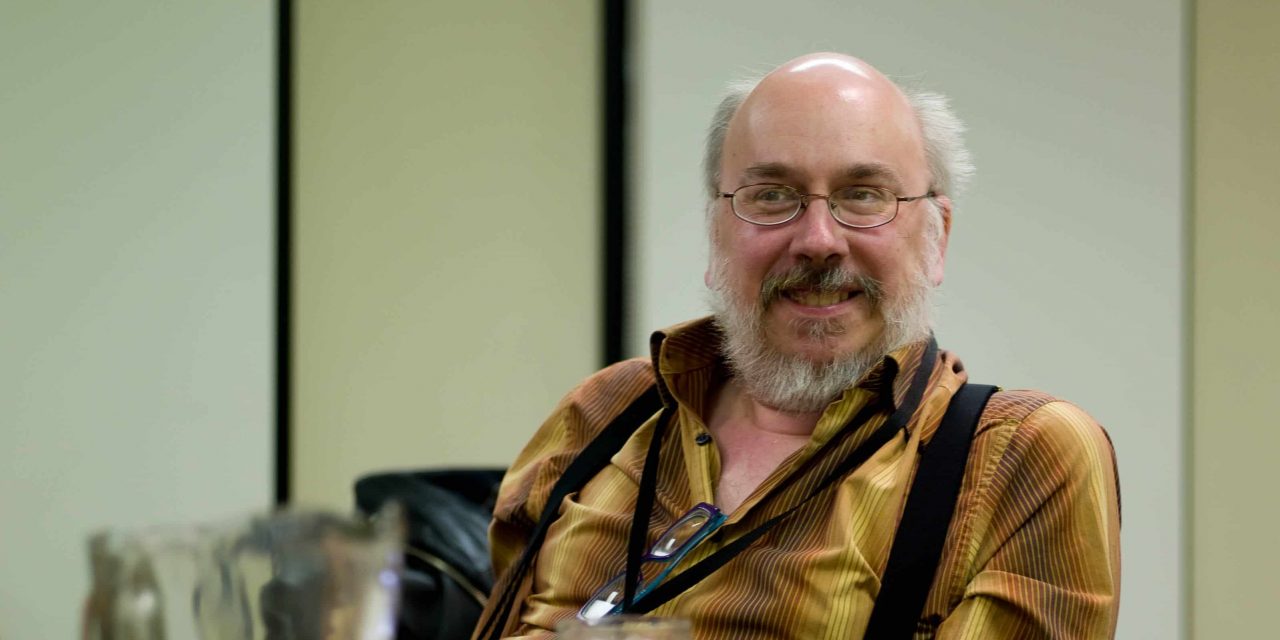 Professor Henry Jenkins is well known for setting the topic “Transmedia Storytelling” some years ago. Now he answers our questions about “Why Transmedia?”

Henry Jenkins [T, F, W] is well known to the people working in the field of  transmedia storytelling. He is a Provost’s Professor of Communication, Journalism and Cinematic Arts which is a joint professorship at the USC Annenberg School of Communication and the USC School of Cinematic Arts. Previous he was a Peter de Florez Professor of Humanities and Co-Director of the MIT Comparative Media Studies program where he started his research on the term “Transmedia Storytelling” and wrote articles and books about his research. He also has a blog where he publishes his current views, discussions and topics so make sure to have a look at Confessions of an Aca-Fan as well as reading his answers to our interview questions:

As a Provost’s Professor of Communication, Journalism, and Cinematic Arts… why transmedia?

The relations between old and new media have been a central focus of my research in recent years. I helped to establish the Comparative Media Studies Program at MIT, which sought to encourage students to explore the inter-relationships between different media technologies, systems, and practices.

As a consequence, I was very attentive to the first early signs of transmedia as a new logic for thinking about the unfolding of stories across media. My interest in the concept of transmedia was already awakened by Marsha Kinder’s Playing with Power, which had first used the term “transmedia intertextuality” to describe the ways characters, such as the Mighty Mutant Ninja Turtles or the Mario Brothers, were moving across media platforms. I had been asked to moderate a workshop for Electronic Arts which brought together creative from Hollywood and the games industry to think about the concept of “co-creation,” that is, designing intellectual property which would play equally well in each medium.

My interest in the concept of transmedia was already awakened by Marsha Kinder’s Playing with Power, which had first used the term “transmedia intertextuality” to describe the ways characters, such as the Mighty Mutant Ninja Turtles or the Mario Brothers, were moving across media platforms.

And on the way back, I started to write my first essays about transmedia storytelling. When The Matrix franchise started to roll out, I was alert to the implications of what they were doing, and I discussed the phenomenon in detail in my book, Convergence Culture: Where Old and New Media Collide. In many ways, transmedia is what drew me to USC. I now get to teach the next generation of Cinema students to think creatively about transmedia possibilities inherent in their work in the school which is most closely associated with Spielberg, Lucas, and Zemeckis, all three of whom has helped to influence the development of transmedia storytelling. And through my affiliation with the Annenberg Innovation Lab, we are starting to experiment with prototypes for transmedia learning, play, and branding.

As this account suggests, interest in transmedia has been building for some time. Many key players in this space – from Mark Warshaw to Jeff Gomez to Lance Weiller to Kim Moses – had all been thinking about stories that play out across multiple media for more than a decade. There just was not a consensus on the terms and concepts which might best describe these experiments. As thinking has converged around transmedia, it has provided a banner which can be carried by people working across the entertainment industry and thus we can make a stronger push for the kinds of storytelling practices which we would expect to emerge within a networked culture. There have been stories told in multiple media throughout human history. We could argue that the first cave paintings were at least multimedia in the sense that archeologists believe they were used in live performances which might involve sound and gesture. The emergence of digital networks have signaled new potentials to disperse experiences across a range of different media platforms and allow readers to find the scattered pieces and reintegrate them as they pool their knowledge online. The ability of online communities to work through complex phenomenon together fuels a desire for more complicated kinds of stories which rewards this kind of collective activity. The integration of ownership in the media industry creates a desire to exploit the relationships between media. And the industry seeks mechanisms to encourage engagement which leads to fannish modes of reception to exert greater influence over their production decisions. And, of course, shifts in production technology towards digitization mean that it is easier to move assets across and between different media platforms. All of this creates a critical mass around transmedia production practices and reception logics.

If we want to describe transmedia in its classic forms, we might point towards The Matrix and Star Wars in film or Lost and Heroes in television. Each of these examples sought to systematically disperse elements of the story across as many media platforms as possible, using the full resources of the dominant media. This is transmedia storytelling. More recently, we might point towards Glee as an especially powerful example of how performances can be constructed across media, which represents a different approach to thinking about what transmedia entertainment is. We would also want to look at examples where there is not a clear mothership but where a franchise and brand plays out across all platforms from the start. Some of the best examples of this approach are emerging from Latin America and Europe – I would point to the work which the Alchemists has been doing with Coca Cola in Brazil, for example, as a great campaign which integrates many different media as transmedia branding. We are in a period of time of great experimentation around different modes of telling stories: I think we will still learn something from each new project, and it is becoming clearer that there is no one model for how transmedia can or should be done. Right now, we are moving from the first cutting edge cases towards more wide spread adaptation of transmedia practices, with most major media franchises trying out some elements of transmedia – such as the great use of comics to launch Falling Skies on television or the use of alternative reality games around the forthcoming Spider-Man and Batman films, or the use of spreadable video content to build up for the launch of Prometheus.

Do you think that only Hollywood and big networks are able to realize “cool” transmedia projects? What does it need to accomplish great projects?

Not at all. Lance Weiller, who does mostly low budget horror projects in the spirit of William Castle, has probably thought as deeply and performed as imaginatively in transmedia as anyone working for Hollywood. Independent artists often have more creative control to be able to pursue their imagination across media and to create richer, more fully integrated experiences.

Transmedia does not necessarily depend on blockbuster budgets or high end technology.

There is also great experimentation in transmedia coming out of university based labs, from the University of Southern California to the University of South Florida. Transmedia does not necessarily depend on blockbuster budgets or high end technology. We can imagine transmedia franchises which depend entirely on low end resources – from street performance, oral storytelling, and graffiti, to radio and comics, without having to deploy any digital technologies at all. Transmedia is a mode of thinking as much as it is a specific configuration of media technologies.

My own work has lead me to think about a range of specific transmedia logics, of which storytelling right now is the most heavily explored. But around the edges, we are seeing the use of transmedia for a range of other practices. So, from the start, transmedia storytelling was complexly intertwined with transmedia branding, with the result that there is tension between whether the goal is promotion/audience building or story expansion. We can point to transmedia performance as something which helps drive the music industry – from music videos to the use of music in games like Rock Star or the tie-ins of music and comics. We can see the deployment of transmedia for activism and social mobilization everywhere from Occupy Wall Street to Invisible Children’s Kony 2012 campaign. We can see increased experimentation with transmedia as a vehicle for teaching and learning through projects such as Robot Stories or our own Flotsam Project. And we can see transmedia as a resource for play, spectacle, and shared ritual. These logics can be mixed and matched – so there are various entertainment-education initiatives around the world which use transmedia stories as a springboard for transmedia learning and transmedia mobilization. I think it is valuable to explore each of these new directions, while seeking to maintain some conceptual clarity about what each kind of project is trying to do, where they overlap and where they separate. We do not want the term transmedia storytelling to describe all things for all people, but if we see transmedia as describing relations across media, then it is clear that our culture is developing many different kinds of connections across media platforms for many different purposes.

America has built a robust transmedia scenes with meet-ups for transmedia producers thriving in cities like Los Angeles and New York, with major conferences such as Transmedia Hollywood, Futures of Entertainment, and Storyworld extending into multiple years and building their own constituencies, with universities experimenting with and teaching transmedia practices to the next generation of media makers, with the Guilds beginning to recognize transmedia jobs as part of the creative process, with transmedia companies, large and small, from The Alchemists and Starlitght Runner to Mirada Studios and Legendary Pictures, demonstrating a broad range of models for what the future of transmedia may look like, and with events like DIY Days or the Sundance transmedia workshops bringing together and fostering independent media makers interested in exploring this space.

Thanks for taking the time and answering our questions.

Photo-Credits: The feature-photo was taken by Joi Ito and shared on flickr.com using the CC-BY 2.0 – license. 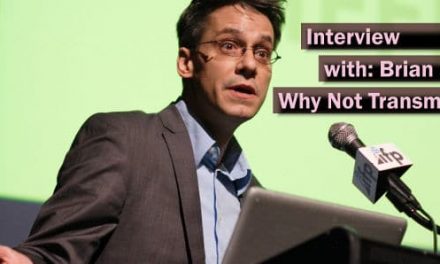 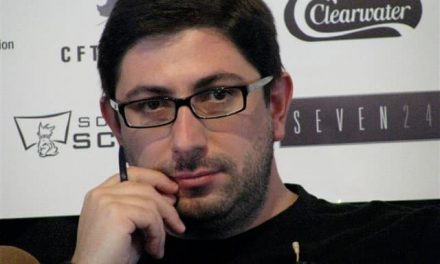